Short Bio: Dr. Gautam Soparkar is an adjunct professor at the Schulich School of Medicine and Dentistry, Western University, London, Ontario, Canada, and the quality advisor at the Bluewater Sleep Disorder Clinic, Sarnia. He specializes in internal medicine and respirology with a busy practice in Ontario, Canada. He has held clinical, research, administrative and teaching positions, and served as a program director for internal medicine residents. He has been an examiner for the Medical Council of Canada and the Royal College of Physicians and Surgeons of Canada.

Dr. Soparkar has a special interest in sleep apnea and has lectured on the subject in Canada and the USA. He has also published three books on sleep apnea. His award-winning book entitled “The Quick and Easy Sleep Apnea Book” has raised awareness about sleep apnea and sales of the book have supported many hospital foundations.

Activity: Public lecture by Dr. Soparkar on sleep apnea in women, followed by book launch/signing of his latest book “Sleep Apnea in Women: a Wake-Up Call”.

The venue was the Book Keeper, a well-known bookstore in Sarnia, Ontario. The event was widely publicised in the press and on radio and attracted a full house, consisting of members of the lay public as well as healthcare professionals. The lecture highlighted the following points: (1) Although sleep apnea is less common in women than in men, it is also more underdiagnosed because of differences in presentation and a lower index of suspicion in women. (2) Diagnosing and treating sleep apnea is important not only because it produces non-restful sleep and also due to its co-morbidities. (3) Women have unique situations, e.g. pregnancy, which makes them more prone to sleep apnea in those situations.

The lecture was followed by a book launch/signing of Dr. Soparkar’s third book on sleep apnea. The book aims to raise awareness about sleep apnea in women and, as with his previous book, to raise funds for worthy causes. A portion of the proceeds of the book sales are being donated on an ongoing basis throughout the year to the Women’s Interval Home of Sarnia-Lambton and to the local hospital foundation (Bluewater Health Foundation).

Similar events are planned for the Windsor Regional Hospital, Windsor, Ontario and other hospitals in the province, with part of the proceeds from book sales going to the respective hospital foundations. These activities are currently on hold because of the COVID-19 restrictions, but will resume once the situation is over.

Date of Activity: January 23, 2020 and ongoing throughout the year 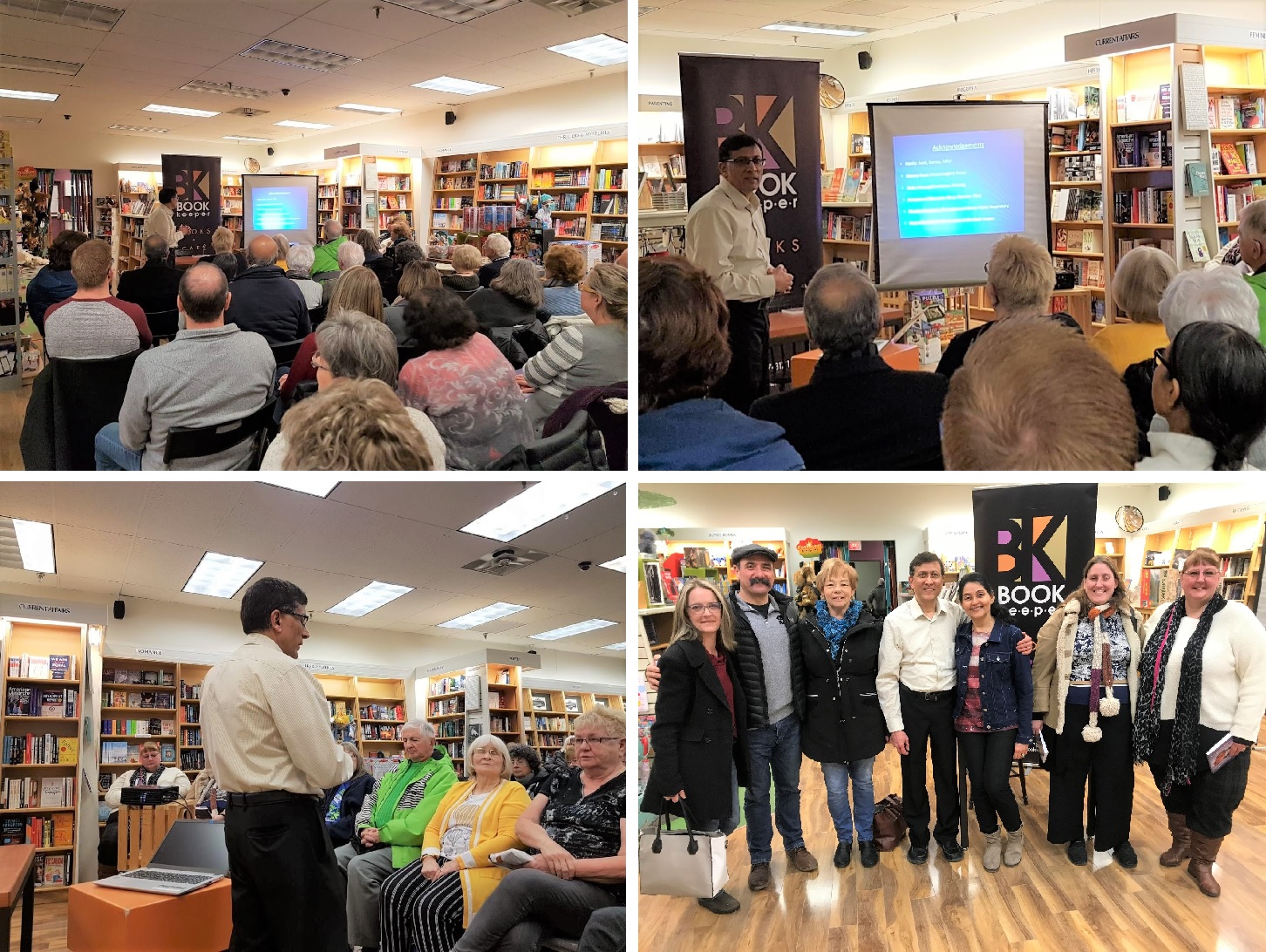 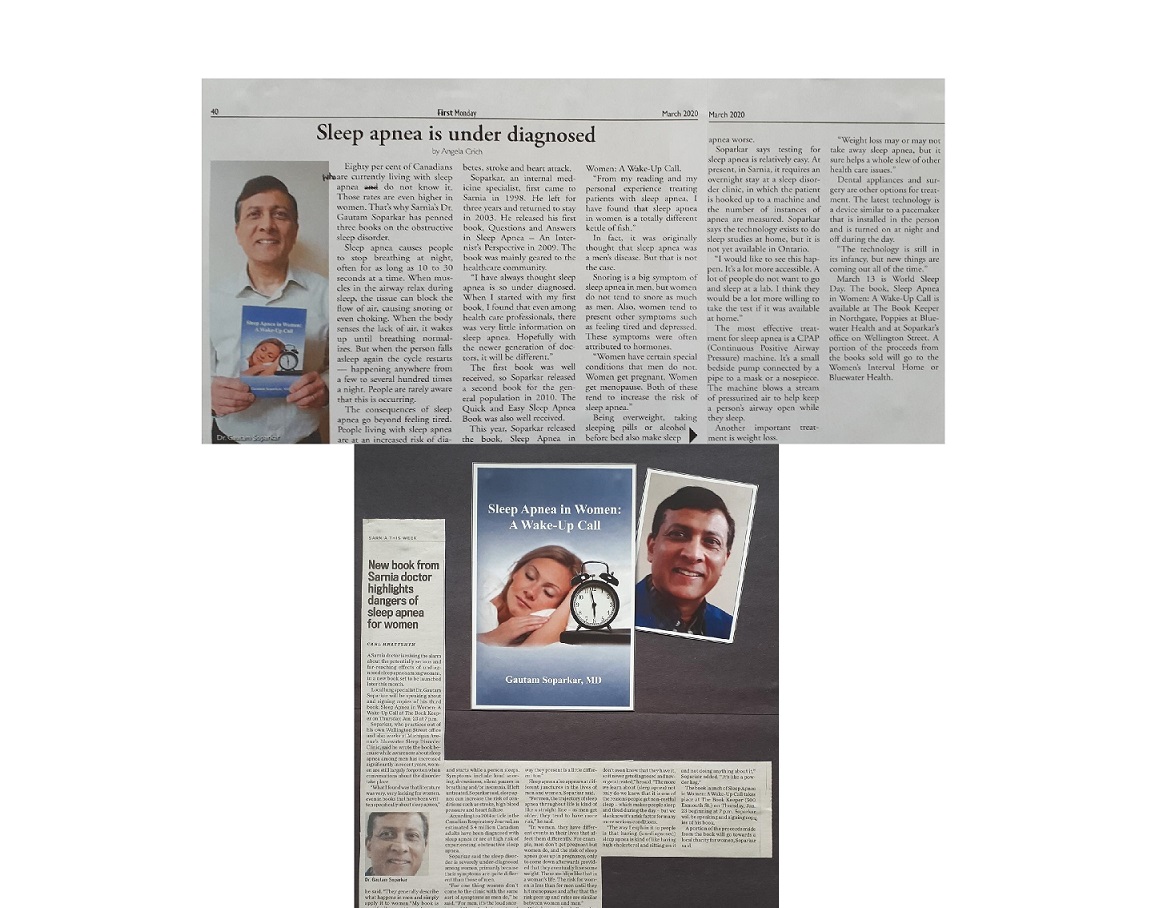